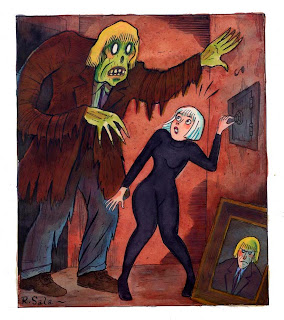 1) Concept art for potential sequel to Cat Burglar Black: Never steal from a haunted house!
I've been mulling over a couple of different ideas for a possible sequel to CBB. I own the characters and am free to choose another publisher for any sequel(s). Right now I'd like to do something a bit more light-hearted -- particularly after the original CBB, Delphine and The Hidden (due this summer), all of which were relatively heavier than a lot of my earlier stories.
2) Finally had a chance to finish up some leftover portraits from last October's UNMASKED series. (I did about 100 thumbnails which got reduced to about sixty drawings; Then I did a bunch that didn't work - those got tossed; Then there were some I started but abandoned for some reason - like these four which I recently finished up. If I ever do an official collection of all the UNMASKED portraits, these will most likely be in it after all... ) In descending order: Midnight Visitor, Mad Devil, Fungus Face, Smiler. 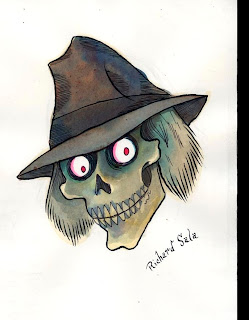 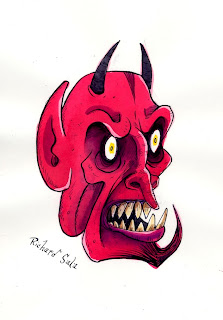 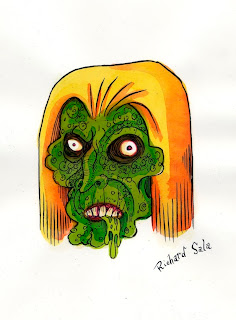 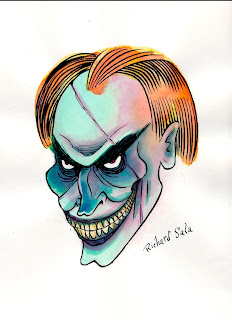 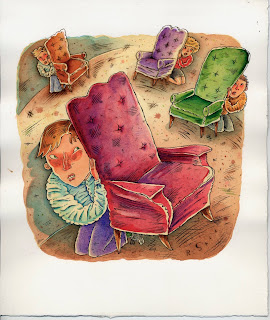 An illustration from the early 1990s. I forget what the magazine was, but the article was about anxiety and/or paranoia -- in other words, right up my alley!
Comic Art Collective - Richard Sala - FEAR Original comic art from top artists
Posted by richard sala at 4:13 AM No comments: 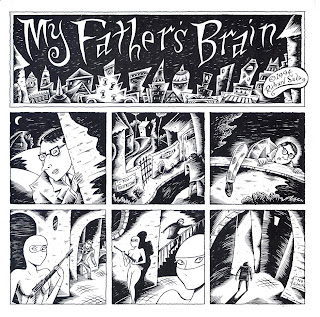 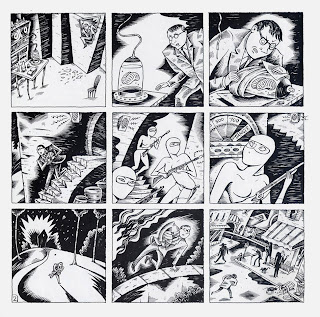 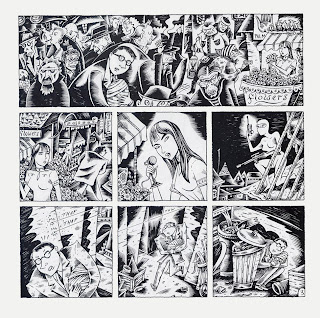 This strip was reprinted in my book Maniac Killer Strikes Again! in a somewhat altered state. Here is the original version as it appeared in the long-out-of-print anthology Blab #8.
Scroll down for part 2. (Yes - once again I have to divide the strip up - this time because of Blogger's limitations on image posting.)
Posted by richard sala at 12:52 PM 3 comments: 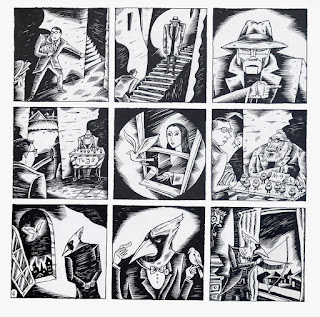 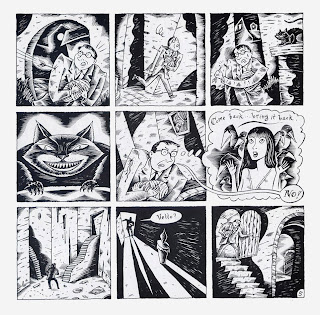 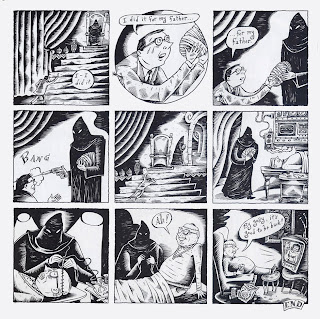 Posted by richard sala at 12:45 PM No comments: 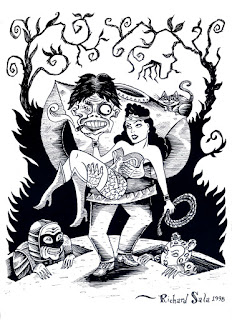 Yep - Here is a drawing of Wonder Woman I was commissioned to do in 1998. I included a couple of her (Golden Age) adversaries in it as well (I love the eccentric, old-timey art of the original Wonder Woman artist, Harry G. Peter). The composition is based on the cover of the first issue of my comic book Evil Eye for reasons I can no longer remember...
Posted by richard sala at 4:15 PM 2 comments: 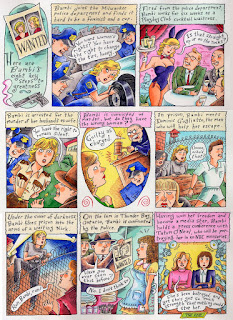 Here is a comic strip I was hired to draw (from a script) in the mid-1990s for Playboy magazine. It accompanied an article called "The Bambi Bembenek Story." Click the image to blow up real big.
Posted by richard sala at 1:27 PM 1 comment: