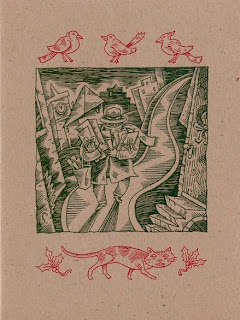 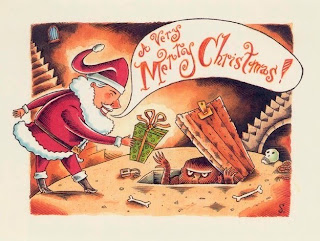 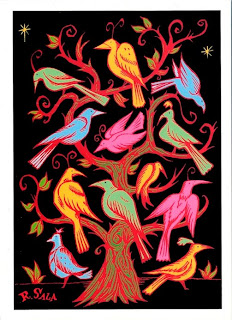 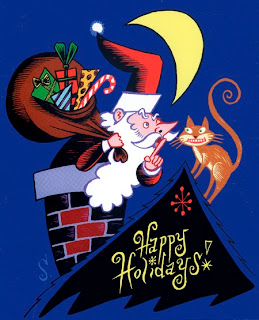 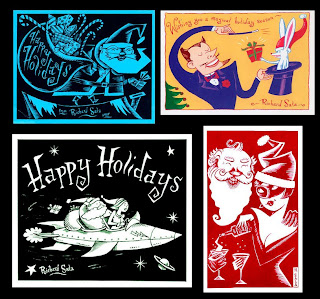 A selection of Christmas/Holiday cards from over the years, done to be mailed out to friends, colleagues & clients. The earliest one (at the top) is a two-color letterpress card from 1992. I did a card every year after that for many, many years, although I've skipped a few years now (sorry, friends, colleagues & clients! -- I still wish you all a Merry Christmas & Happy New Year! - and that goes double for all my loyal readers out there -- I really appreciate you all!)
Posted by richard sala at 2:42 PM 3 comments:

On my doorstep this morning... 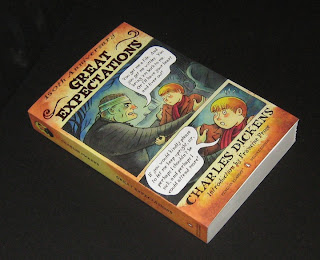 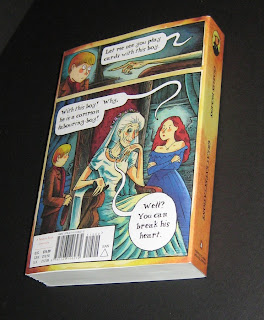 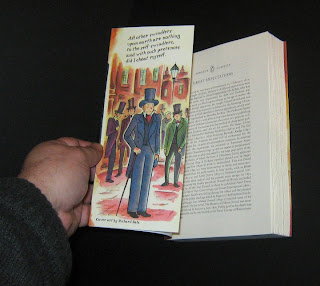 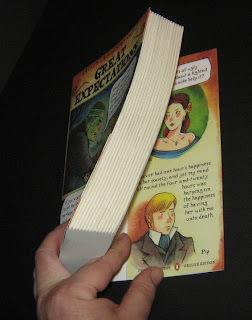 I just received my complimentary copy of Great Expectations from the nice folks at Penguin Books. I did the art for the front, back, spine and cover flaps. The title lettering that looks black in the photo of the front cover is actually a shiny metallic scarlet that almost looks carved into the cover -- very striking. Thanks to Paul Buckley the designer for that touch. It's really cool.
You can go here (Paul's Flickr page) to see the art laid out flat:
All sizes | great expectations full | Flickr - Photo Sharing!
Posted by richard sala at 4:11 PM 8 comments: 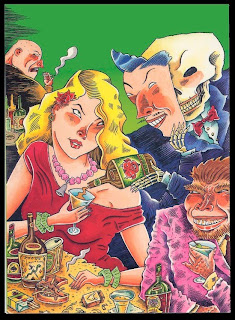 Art from the early 1990s, used as a cover for an early issue of the comics anthology "Blab".
Posted by richard sala at 5:29 PM 3 comments: 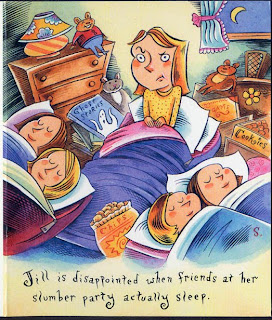 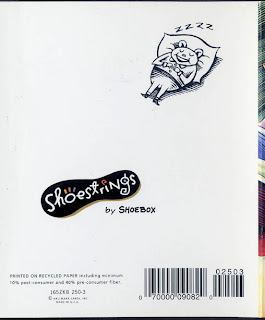 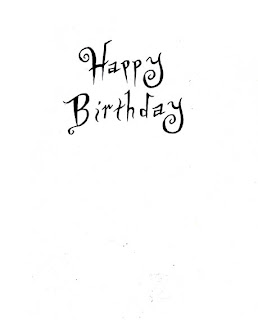 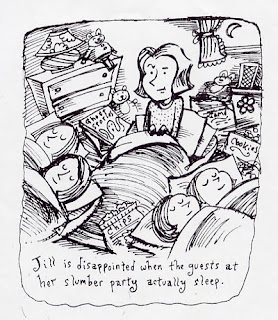 Yes, it's true. I once did a card (two actually) for Hallmark. I was hired to do two birthday cards for their Shoebox line sometime in the mid-1990s. I had been a (hard)working illustrator for a while at that point, taking any and all jobs I could get. Hallmark dangled the prospect of keeping me busy with regular gigs, so I happily (and somewhat cynically, I admit) gave it a shot. After all, isn't that what young illustrators always hear from their annoying relatives: "Have you tried sending your work to Hallmark Cards?" So, one day I did just that and, sure enough, they called.
Unfortunately, my work for them apparently didn't meet with the approval of one (or more) of the higher-ups and those two cards were all I ever did. They had sent me their illustrators' guidelines -- a brochure that included descriptions and showed examples of how to successfully draw in a "Shoebox style," but I had to ignore it, only because it would have been so unnatural for me to draw in the way they described (in short: very, very cute) - I simply couldn't do it.
I'm including my first sketch for this card. You can see they approved everything but the central girl's face. Then, after a couple more sketches, I got so confused about what they wanted her to look like that by the time I did the final card -- you can see -- her face looks almost abstract. Oh well... One of the good things was that they let me do my own lettering and even draw that toy bear on the back.
I was a bit disappointed that I didn't make the grade for Hallmark -- I wanted work. But I wasn't surprised. I'd had a lot of worse gigs and (luckily) a lot of better ones, too. Anyway, a couple of years later I was so busy I had to start turning work down -- then, eventually, I was able to start concentrating on writing & drawing comics instead.
Posted by richard sala at 8:40 AM 5 comments: