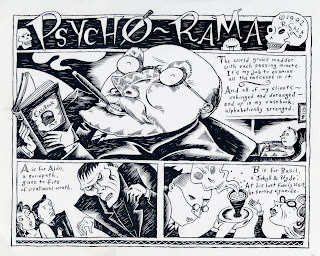 Here is "PSYCHO-RAMA" - a silly strip I did in 1992. It appeared in the anthology BLAB #7, which was one of the early digest-sized issues, and hasn't ever been reprinted.
Back then each issue of BLAB was given a (loose) theme by the editor Monte Beauchamp, and the one for this issue was "Mental Health." The other contributors included Dan Clowes (cover), Chris Ware, Joe Coleman, Drew Friedman, Gary Lieb, Mary Fleener and Frank Stack, along with a short story by Josh Alan Friedman.
This strip was a lark. It was one of those times (I'm sure other artists know well) where you need an idea and finally just throw up your hands and say, "Oh, for heaven's sake -- just do an alphabet!" Then I got to have fun coming up with bad rhymes and awful jokes (similar to what I did later in The Ghastly Ones). Basically -- I just wanted any excuse to draw lots of creepy characters doing nasty things.
Because of the limits on uploading pictures on Blogger, I'm posting the strip in three parts -- scroll down for the next two. Thanks for looking! 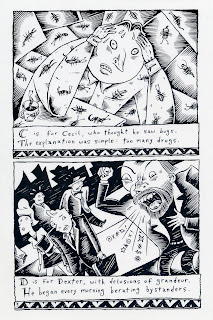 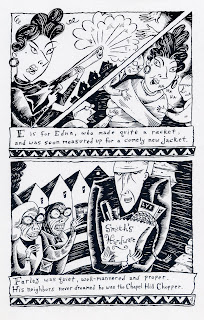 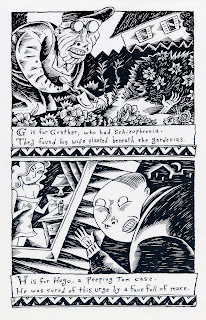 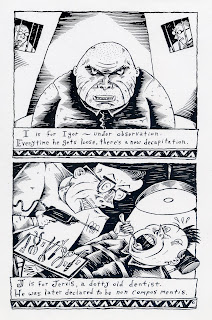 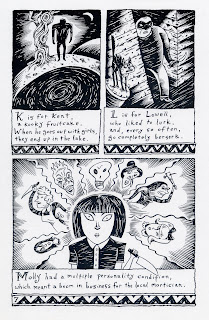 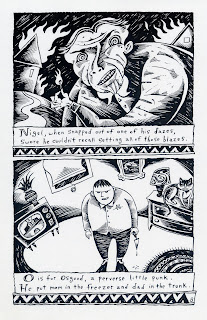 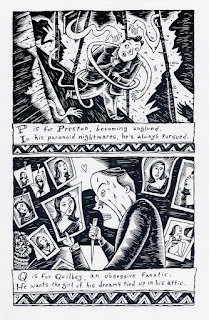 Posted by richard sala at 1:39 PM No comments: 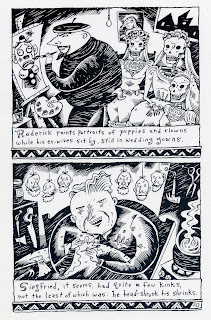 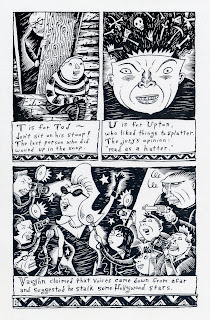 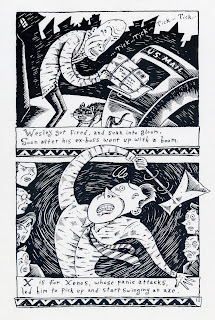 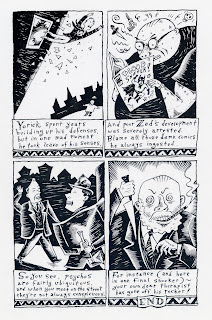 Posted by richard sala at 1:33 PM No comments: