A couple of years ago I got an assignment to do the cover ( as well as dozens of interior drawings) for an oversize hardcover book for kids called "Gallery Ghost". The story (actually a clever game) involves the ghosts of artists whose work is in the National Gallery (where the story takes place) coming out at night and adding little details to each other's work. An art student who works the night shift cleaning up the gallery discovers these paranormal hi-jinks and the ghosts allow her to participate in the fun. Anyway -- after the usual round of thumbnails, a cover idea was chosen and a full-size sketch was made. 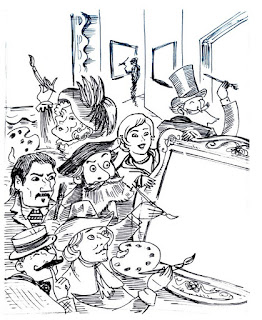 At the same time I had also done a sketch for a border that was going to go on the title page. 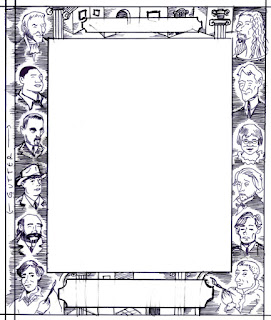 A suggestion was made that perhaps the border could be used on the cover instead, so I did a mock-up to see how that would look. 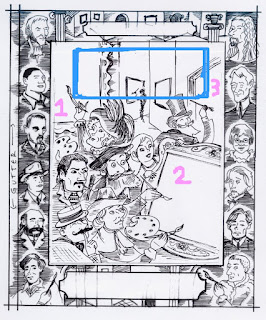 Luckily everyone agreed it was way too busy. (The border didn't even end up in the final version of the book.) So we went back to the more simple cover illustration. I did the final and the designer added type, as well as the images of actual paintings. 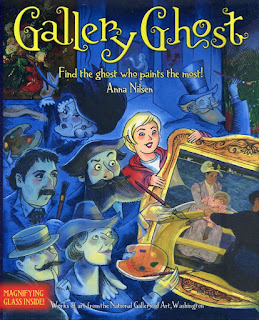